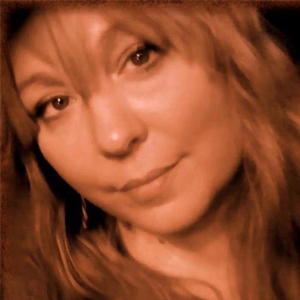 Throughout her career, Brigitte London has been called a renegade, gypsy, outlaw, highwaywoman. Her songwriting and powerhouse vocals have attracted an A -List lineup of backing musicians live and on record that have included legends. She’s worked on recording projects with the likes of the late great Jerry Reed & Porter Wagoner, Marty Stuart, Bobby Keys of the Rolling Stones, Dale Watson and many more. She’s released seven albums and traveled the world with her songs. But despite urgings from Industry heavyweights, Brigitte London has remained Independent, determined to stay in creative control of her music.

Never one to do things halfway, Brigitte London also has never done things the conventional way. As a a young girl, she used her spirited independence and strength in music to survive challenges and later to flourish as an Independent Artist in a world dominated by commercial restraint. Her music transitions from Americana to Outlaw Country, Blues, Rock and Folk in one fell swoop, with a fan base extending from Country traditionalists to hard core Rock and Rollers. A dedicated and passionate advocate for Live Music and Independent music, she has orchestrated and hosted many music events throughout Texas (TWIM’s Dolly Parton Night, Honky Tonk Heroines, Outlaw Afternoons in Luckenbach Texas, Chicks & Guitars, Appreciation of Texas Women In Music Project as well as in Tombstone AZ (Outlaw Revival) and in Nashville TN (Spirit of the Outlaws at Douglas Corner 2007-2008,Outlaw Americana Night at National Underground Nashville, 2013). She is currently the Administrator and Performing Artist of the ground breaking, historic national movement, Last Honky Tonk Music Series, a roots music series taking place all across the United States.